Youth justice ‘crack down’: It takes a village 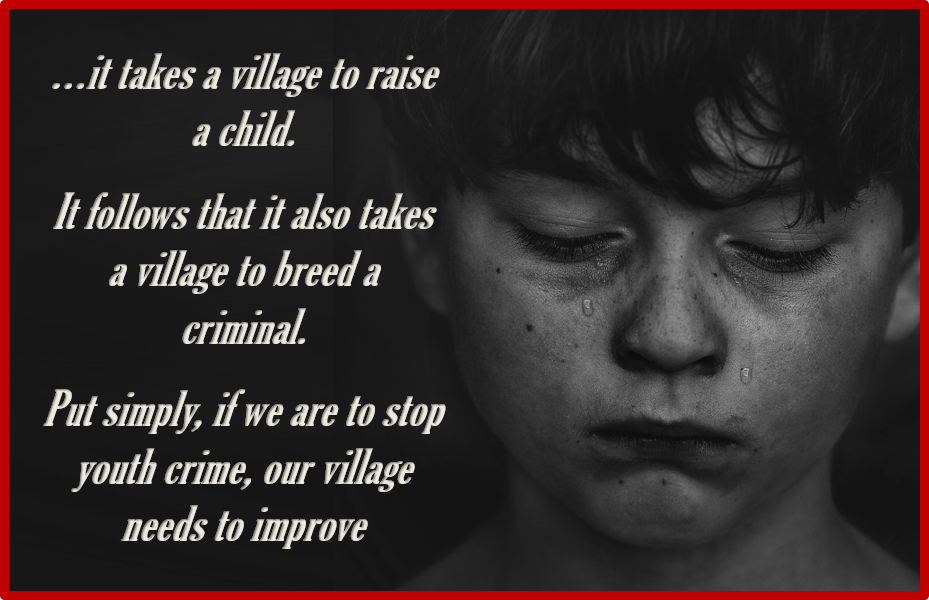 There will be some who count the Government’s announcements as a victory, there are others who will remain unappeased and view the measures as not ‘tough enough’, and there will be some who are disappointed and lamenting of the changes as out-of-step with youth justice practices elsewhere in Australia and the world. Irrespective of whichever camp you belong to, there is no-one – no-one at all – who can be proud and pleased about these outcomes and the events that have led to these decisions being made.

Four lives lost! The senseless deaths of Kate Leadbetter, Matt Field and their unborn baby, Miles defy description. There are no words that can adequately express the extent of this tragedy and our community’s sympathy for the loss being experienced by their families and loved ones. The death of Jennifer Board in Townsville, the innocent victim of alleged vigilantism, was equally senseless and has prompted immeasurable grief.

Nothing other than demands by the community for answers to why these deaths occurred and what must be done to prevent further deaths in the future was to be expected. As much as many crave justice and retribution for the pain that has been caused, the answers to these questions cannot be found in punishment alone, if at all. The respect that must be shown in honouring the legacy of Jennifer Board, Kate Leadbetter, Matt Fields and their baby, Miles demands much more.

Within recent media commentary, there has been acknowledgement that around 10% of all youth offenders account for 48% of all youth crime. Little has been stated however about these facts:

These figures do not discount the concerns that should be held about the 10% of young people who commit 48% of the offences. It seems that these programs are not, as yet, fully hitting the mark for this group. They do however put paid to the notion that youth crime across the board is escalating and they also provide some indication of what is working well in curbing youth crime that can be built upon and extended. In many respects, it is foolish to assume that youth justice programs operating alone will be able to fully turn the tide for some young people. By the time these programs kick in, the horse will usually have already bolted.

Speaking of truths, there is an overarching one reflected in the adage that it takes a village to raise a child. It follows that it also takes a village to breed a criminal. Put simply, if we are to stop youth crime, our village needs to improve.

My hope is that the many youth justice workers, police officers, legal advocates and staff from non-government agencies who work tirelessly to divert young people from proceeding on a trajectory into the adult criminal justice system and who skilfully provide them with the opportunities to rehabilitate and reintegrate with their communities are not de-moralised by the events of recent weeks. The truth is that each and every day you are making a difference in the lives of many young people and, in doing so, you are instrumental in bringing about the long-term protection of our community from crime. Of course, you can do better. We can all do better. But for now, please know that your work is important and appreciated.

Enter your comments below, anonymously if you prefer.