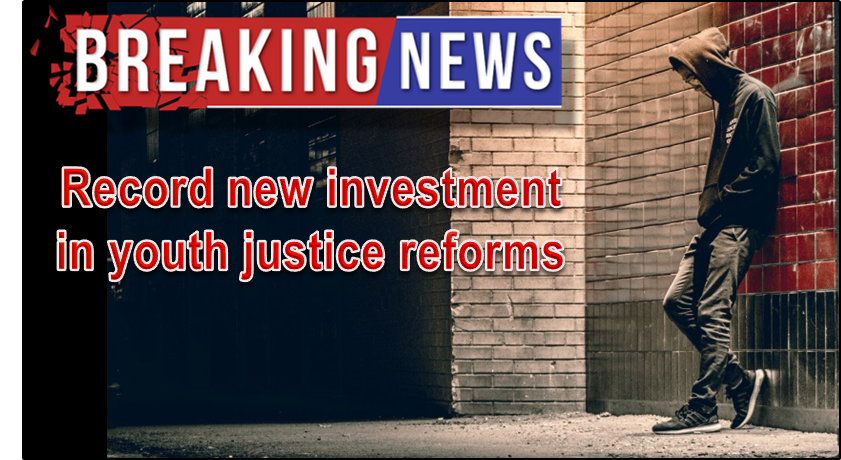 The Palaszczuk Government has today announced a significant new investment of $320 million in Youth Justice reforms. This is additional to a $230 million injection into the system since the welcomed transfer of 17 year olds from the adult criminal justice system to Youth Justice, bringing the total investment to $550 million.

Strategies that will now be funded include:

In announcing the new investment, the Honourable Di Farmer MP, Minister for Child Safety, Youth and Women noted that, while the investment increases the statewide capacity of youth detention centres from 254 to 302 beds, “Our focus remains on reducing offending rates and preventing young people ever needing to be placed in detention”.

The investment represents a continuation of the Government’s Youth Justice Strategy released in 2018 which was based on ‘four pillars’ of reform – intervene early, keep children out of court, keep children out of custody and reduce reoffending –  recommended by Mr Bob Atkinson AO APM in his Report on Youth Justice. Minister Farmer noted that a key element of the Youth Justice Strategy is to ensure strong engagement with Aboriginal and Torres Strait Islander communities to support them in arriving at and developing their own solutions.

PeakCare applauds the Palaszczuk Government for this new and significant investment in youth justice reforms, especially in relation to evidence-based initiatives that prevent youth crime and divert children from detention. It is particularly pleasing to note the respect being shown to Aboriginal and Torres Strait Islander peoples, communities and organisations as the best placed to design and deliver the services that will work best for their children, young people and families.

PeakCare remains concerned about the alarmingly high proportion of Queensland children and young people being held in detention on remand – around 85% compared with only around 60% nationally. In association with this concern, we are extremely concerned about the deleterious impact on the wellbeing of children and young people being accommodated for extended periods of time in watchhouses. While the newly announced initiatives will be of assistance in addressing this problem in the medium and long term, a concerted and collaborative effort by Police, legal practitioners, court personnel and the judiciary, and all government and non-government agencies who are engaged in working with children, young people and their families is needed now to alleviate this crisis.

Let us know your thoughts about the new record investment in Youth Justice. Enter your comments below.