Release of reports on survey findings: On the LNP’s proposals for addressing substance use by parents 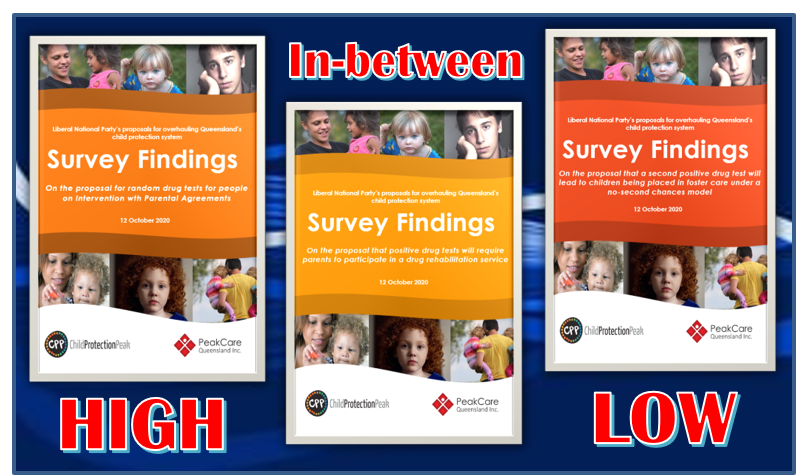 PeakCare and the Queensland Aboriginal and Torres Strait Islander Child Protection Peak (QATSICPP) are pleased to release the next three reports on our survey findings about the Liberal National Party’s proposals for overhauling Queensland’s child protection system:

Due to the relationship between the subject matter of each report, they are best read and considered in conjunction with each other.

As you will read:

Your response to the survey findings

Let us and others know your response to the survey findings.

Now more ever in the lead up to the State election, YOU both individually and collectively have the opportunity to influence their decisions.

You can enter comments, anonymously if you prefer, about the survey findings below. Your comments will be brought to the attention of the political parties.