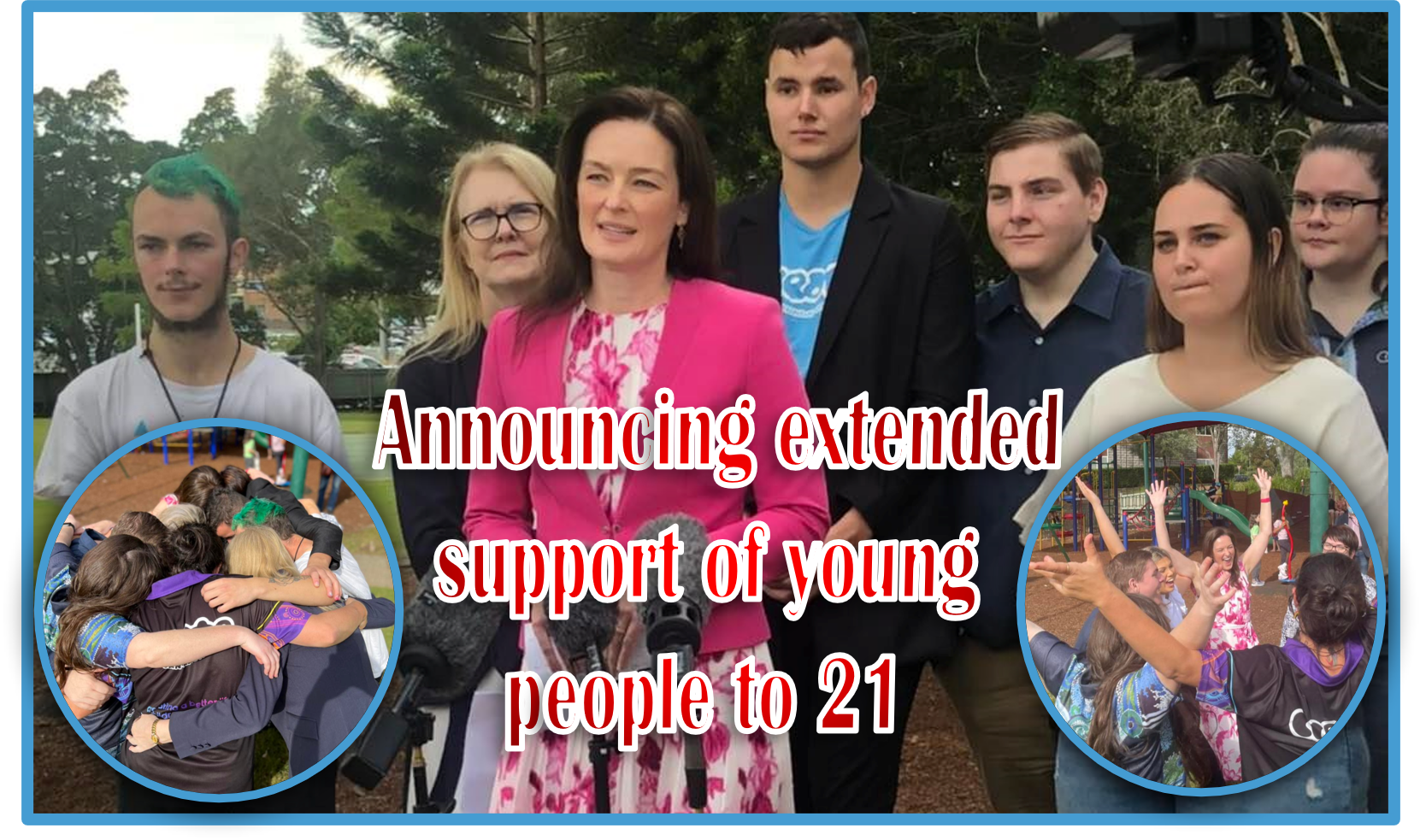 Saturday, 18th June was an historic day. It was the day on which the Honourable Leanne Linard MP, Minister for Children and Youth Justice and Minister for Multicultural Affairs stood alongside CREATE Young Consultants to announce a significant funding boost to continue the support of young people in care up to the age of 21.

As detailed by Minister Linard in her announcement, from 2023-24 funding will be allocated to ensure that foster and kinship carers will be able to continue receiving a financial allowance that will allow young people to remain living with them up to the age of 21. Very importantly, the funding will also allow young people who have been living in non-family based care arrangements such as residential care, to also access financial support and culturally appropriate non-government case worker support.

Minister Linard announced that the new policy would cost $50m over the forward estimates and that that an amount of $200,000 has been committed in the 2022-23 budget for work to be undertaken in preparation for implementing the new scheme.  This will include conducting focus groups with young people across the State to hear directly from them about the kinds of support that will be of most benefit to them.

“Extending post care support will help young people feel empowered; it will help build self-confidence, self-esteem, and give them the skills they need to live independently in adulthood.

“I am proud to deliver this reform for young Queenslanders.”

Jacqui Reed, Chief Executive Officer of the CREATE Foundation welcomed the news. “The Queensland Government has taken a bold and important step to protect young care leavers in Queensland transitioning from the care system to adulthood,” she said.

“Minister Linard has made an historical announcement to young Queenslanders which will remain a legacy for the future.”

In an interview with 4BC radio following the announcement, PeakCare’s Lindsay Wegener similarly applauded Minister Linard and the Queensland Government for listening and responding to the voices of young people who have a lived experience of being in care.

Lindsay commended the Government for acting as any good parent would in ensuring that children who have been in the care of the State continue to be financially and emotionally supported in their transition to adulthood.

Click here to listen to Lindsay’s interview during which he also responded to questions raised about the impact of the COVID pandemic on children in care and those leaving care.

There are many people to be acknowledged and commended for their advocacy in helping to bring about this important initiative including:

Chiefly however, Saturday, 18th June 2022 was a day that belonged to young people. Their voices have been ringing out strongly and clearly and they have been heard! As seems obvious from the pictures above, it is day that they very much enjoyed and celebrated.