Adopting new law can be dangerous for kids 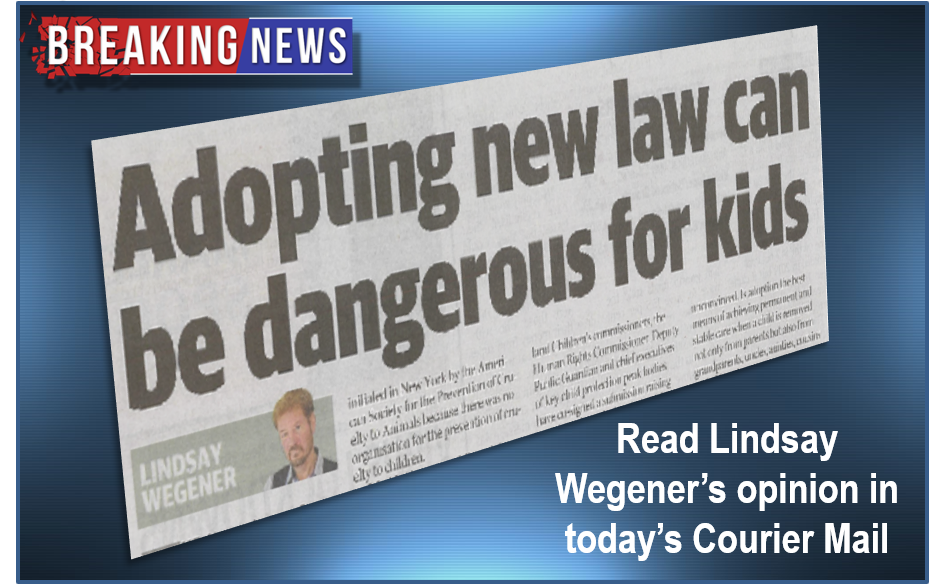 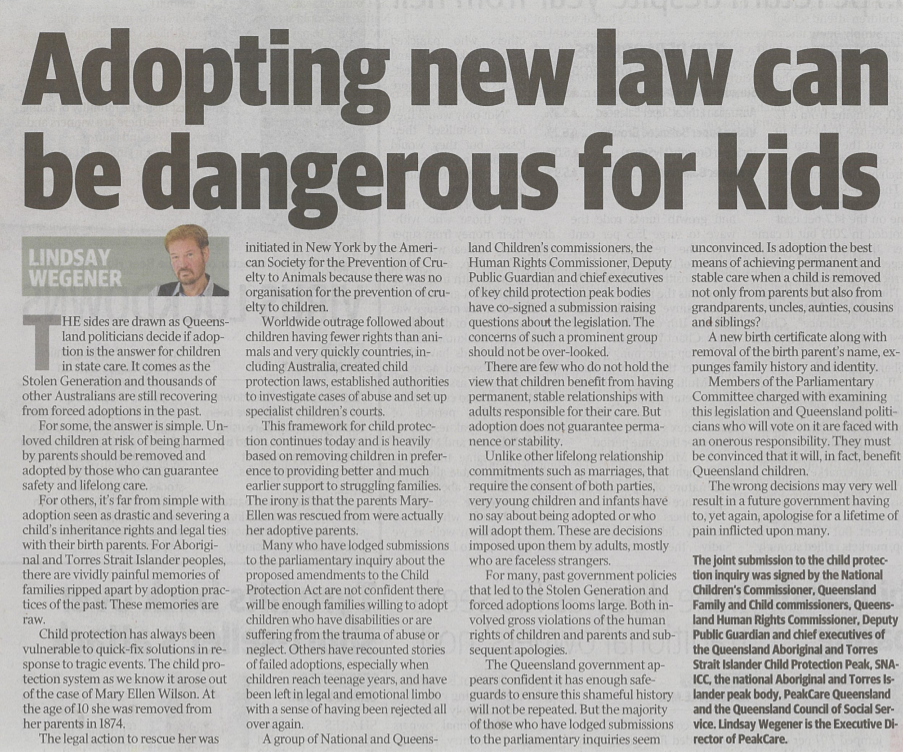 The sides are drawn as Queensland politicians decide if adoption is the answer for children in state care. It comes as the Stolen Generation and thousands of other Australians are still recovering from forced adoptions in the past.

For some, the answer is simple. Unloved children at risk of being harmed by parents should be removed and adopted by those who can guarantee safety and life-long care.

For others, it’s far from simple with adoption seen as drastic and severing a child’s inheritance rights and legal ties with their birth parents. For Aboriginal and Torres Strait Islander peoples, there are vividly painful memories of families ripped apart by adoption practices of the past. These memories are raw.

Child protection has always been vulnerable to quick-fix solutions in response to tragic events. The child protection system as we know it arose out of the case of Mary Ellen Wilson. At the age of ten she was removed from her parents in 1874.

This framework for child protection continues today and is heavily based on removing children in preference to providing better and much earlier support to struggling families. The irony is that the parents Mary-Ellen was rescued from were actually her adoptive parents.

Many who have lodged submissions to the parliamentary inquiry about the proposed amendments to the Child Protection Act are not confident there will enough families willing to adopt children who have disabilities or are suffering from the trauma of abuse or neglect. Others have recounted stories of failed adoptions, especially when children reach teenage years, and have been left in legal and emotional limbo with a sense of having been rejected all over again.

A group of National and Queensland Children’s Commissioners, the Human Rights Commissioner, Deputy Public Guardian and chief executives of key child protection peak bodies have co-signed a submission raising questions about the legislation. The concerns of such a prominent group should not be over-looked.

There are few who do not hold the view that children benefit from having permanent, stable relationships with adults responsible for their care. But adoption does not guarantee permanence or stability.

Unlike other life-long relationship commitments such as marriages, that require the consent of both parties, very young children and infants have no say about being adopted or who will adopt them. These are decisions imposed upon them by adults, mostly who are faceless strangers.

For many, past Government policies that led to the Stolen Generation and forced adoptions loom large. Both involved gross violations of the human rights of children and parents and subsequent apologies.

The Queensland Government appears confident that it has built in enough safeguards to ensure this shameful history will not be repeated. But the majority of those who have lodged submissions to the parliamentary inquiries seem unconvinced. Is adoption the best means of achieving permanent and stable care when a child is removed not only from parents but also from grandparents, uncles, aunties, cousins and siblings? A new birth certificate along with removal of the birth parent’s name, expunges family history and identity.

Members of the Parliamentary Committee charged with examining this legislation and Queensland politicians who will vote on it are faced with an onerous responsibility. They must be convinced that it will, in fact, benefit Queensland children.

The wrong decisions may very well result in a future government having to, yet again, apologise for a lifetime of pain inflicted upon many.